There once was a man named Joel Greene. Joel walked the world tall; with sparkling eyes, an open face, and a ready smile. An Alaskan transplant to the Puget Sound, he dined on Bukowski for lunch, the sights and sounds of Capitol Hill for dinner, and regularly treated himself to human interaction as the finest of desserts.

Joel became a best friend of the founders of Web42 back in the day when each was a corporate plebe. To their lives, he brought the attributes obvious from his photos… mischief, laughter, color, and smiles. He also brought many less easily captured, such as an uncommon social grace founded on a bedrock of empathy and the gift of sincere interest in each and every person he met.

He flitted with our founders from grocery stores to scavenger hunts to raves and more, making friends… not just for himself and our crew, but between people who had even been strangers to him at the beginning of each adventure. Joel, a consummate finder of commonalities and a natural connector, could help people find their person whatever the situation.

He had an innate understanding of the importance of IRL community far before we did and still made sure ours grew.

Joel’s early passing left a hole in our lives and a poorer world in the place of the one that might have been had he continued to impact it.

Joel's lift-you-off-your-feet bear hugs cannot be app'ified. However, we do hope to bring a small piece of his connection magic to your life with Joelio. 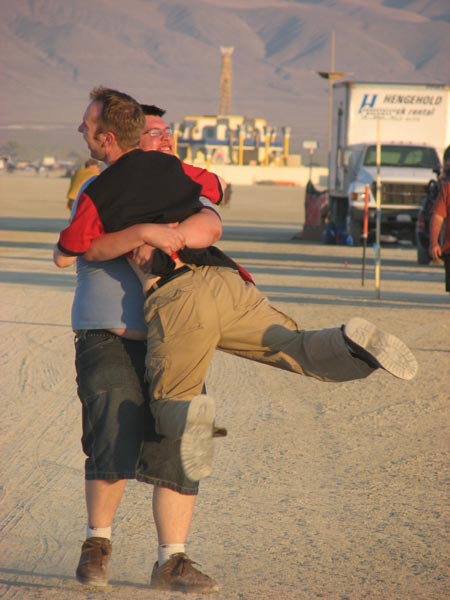